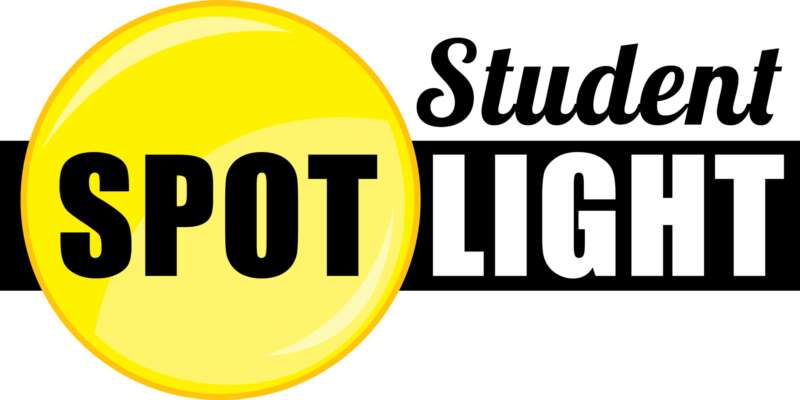 Latrobe, Pa. — Achievement House Cyber Charter School student Ben McLean expects to play on a professional ice hockey team and maybe even on the U.S. Olympic team, but he first hopes to win an athletic scholarship to attend college.

Ben, 15, of Unity Township, Westmoreland County, is in 10th grade at Achievement House Cyber Charter School, an online public charter school in Exton authorized by the Pennsylvania Department of Education to serve students throughout the commonwealth in grades 7-12.

Ben is the goalie for an ice hockey team and two roller hockey teams, including a varsity team at Hempfield High School.

According to his varsity team coach Bob Comito, Ben is considered one of the top varsity roller hockey goalies in western Pennsylvania.

“Ben definitely is the number one goalie in the league right now,” Comito said. “He has the best save percentage compared to the goalies on 35 or 40 other teams.”

Ben also is the goalie for a recreational roller hockey team, the Scottdale Inferno. He plays ice hockey for a team in the Westmoreland Eagles Hockey Association, which competes in the Pittsburgh Amateur Hockey League overseen by the National Hockey League Pittsburgh Penguins organization.

As an Achievement House student since seventh grade, Ben has been able to schedule time on the ice when most hockey players his age are limited by traditional school days.

The schedule is very, very flexible,” Ben said. “For instance, the other day I finished all my school work early, and I was able to be skating around 2 p.m. I would not be able to do that if I attended a brick-and-mortar school

His roller hockey teams skate out of the Hot Shots Indoor Sports Arena in Mount Pleasant, and the ice hockey team’s home rink is the city of Greensburg’s Kirk S. Nevin Hockey Arena. Both are located in Westmoreland County.

Although Ben is pursuing ice hockey as a career, he enjoys the outdoors and plans to study biology in college. Recently, athletic scouts for ice hockey teams from two Pennsylvania universities attended his games and recorded him on video, according to his mother, Donna McLean.

Whether he plays for those universities or some other team, Ms. McLean and Ben are excited for his future. Ben is hopeful Penn State University or Robert Morris University will be among his choices.

“There are a lot of opportunities in hockey, and goalies — especially good goalies — are particularly difficult to find,” Ms. McLean said.

Ben spends at least eight hours a week on the ice, but he also devotes several hours a week to roller hockey. Ben said roller hockey is good practice for anticipating the angle of the puck for ice hockey. In the last 12 Westmoreland Eagles games, Ben saved an average of 86.24 percent goals by blocking 257 out of 298 shots.

The high school team, Comito Hempfield Varsity 2A, has gone undefeated in its first 11 games of the season, scoring a total of 71 goals compared to 20 goals by the opponents in the Pennsylvania Interscholastic Roller Hockey League.

The fact that Ben’s team has given up fewer points to opponents than any other junior varsity or varsity team in the league is a testament to Ben’s ability to defend the goal, according to Comito.

“Students in the same school district usually stick to themselves, but that’s not how the real world works,” Ms. McLean said. “It’s interesting how attending a cyber charter school actually opened the door for him to make more friends. He has friends in every county and in every town around here.”

Although Ben lives in the Greater Latrobe School District, Ms. Mclean said her son was eligible to play for Hempfield High School because he is a student at Achievement House Cyber Charter School and never attended a district school.

Ms. McLean homeschooled Ben and her two other children through the elementary grades because she wanted to lay the foundation for their education based on their Christian family beliefs. Ben chose to attend Achievement House Cyber Charter School in seventh grade based on its academic offerings.

Because Ben and his siblings do not attend brick-and-mortar schools, the family is able to adjust their school workload to free up their time in the spring for outdoor family activities, such as working in the vegetable garden, hiking and geo-caching. Last spring, Ben built a chicken coop for about 20 chickens that are now providing the family with fresh eggs daily.

“We are probably an unusual family because we have just one TV in the living room, and we do all kinds of activities together,” Ms. McLean said. “My children are not holed up in their bedrooms because we enjoy being together. We work hard and play hard together as a family.”