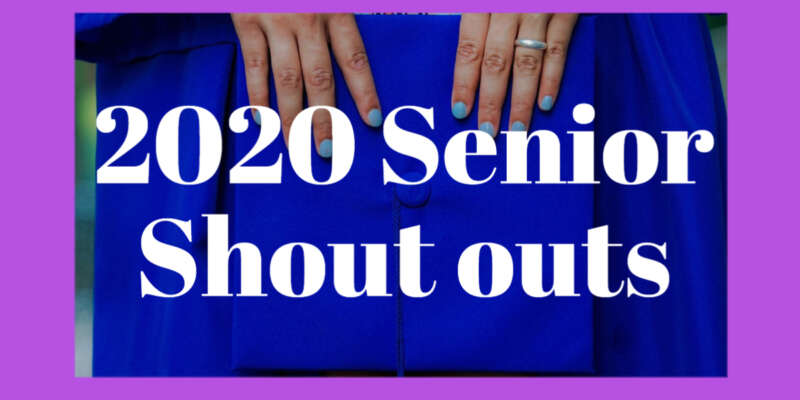 Graduating senior Kennedy Khan-El has managed to excel in school while also being a full-time mother, full-time employee, and full-time student. She is someone who has shown us that hard work will always help you reach your goals. By staying focused and keeping her priorities in order, she persevered and never lost sight of what was important to her.

I think my greatest success has been maintaining good grades, even with the hardships I have faced to get here,” Kennedy says. “I’ve worked very hard to juggle all the responsibilities of my life and make each of them a priority. In fact, my proudest moment was receiving this senior spotlight. When I saw that message, I felt very proud and honored that my hard work and dedication is being recognized.

Kennedy’s teachers describe her as someone who handles adversity well and always kept her end goal, graduation, at the front of her mind. Kennedy says that she will miss their love and support, but they ensured that she has everything she needs to succeed. Her Child Development and Parenting teacher, Mr. Arthur Forwood, shares how much he’s enjoyed getting to know Kennedy over the past three years.

I got to watch Kennedy grow tremendously as a student to where she was one of the leaders in both my Yoga and Child Development classes,” Mr. Forwood says. “She would consistently attend live classes and as a new mom would give great perspective to the other students about the different topics we were discussing. I wish Kennedy the best of luck in the future and know that her two girls are in great hands!

After graduation, Kennedy plans to attend a community or local college and major in technology. She is even considering an online college so she can spend time with her twin girls while seeking a long-term career for herself. She hopes to be the best parent she can be while embarking on this new journey of life. Congratulations, Kennedy, on all your accomplishments!

Graduating senior Kayla Rankin began her first full year at Achievement House as a Junior. She started off with good intentions to keep up with her schoolwork and get good grades. As life sometime goes, she was faced with obstacles that caused her to fall behind. Through her hardships, she sought the help of her homeroom coach, Mr. Williamson. Because of his belief in her while simultaneously inspiring her to believe in herself, she became a success story as a result of her own hard work and determination.

Mr. Williamson and my counselor, Mrs. Galie, became my support system and without their guidance and encouragement, I wouldn’t be graduating,” Kayla says. “I am so thankful that they never gave up on me. I am also proud that I never gave up on myself and decided to accept the support around me.

Mr. Williamson says he continued to be impressed by Kayla’s perseverance. Even though she had a rough start, he feels that helping students like Kayla is the reason he teaches.

Kayla turned around to the point where she brought all her classes to C’s and B’s by the third quarter,” Mr. Williamson says. “I am so happy that she took action. She will thank herself for this period of hard work for the rest of her life. She deserves to be successful.

Kayla has been accepted into Pittsburgh Technical College, where she will major in criminal justice this Fall. She hopes to become a lawyer or forensic anthropologist someday. Never stop believing in yourself, Kayla! What you need to succeed is already inside you.