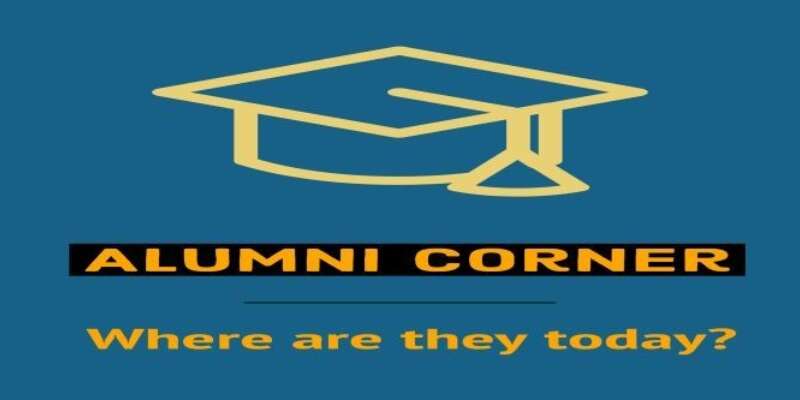 Alumni hold a special place within the AHCCS family. We are so proud to see who they become after they graduate, and even prouder when they feel attending AHCCS helped them get to where they are today. One 2017 graduate felt so at home here that he decided receiving his diploma didn’t mean the end of his AHCCS experience.

Mr. Kevin Smochko presently holds the title of Lead IT Coordinator at AHCCS. After enrolling here as an 8th grader, he eventually went on to graduate with the Class of 2017. As a special education student, Kevin was faced with obstacles and even considered dropping out at one point during his educational career. Through the support of his previous case manager and mentor, Mrs. Russo, Kevin became re-engaged in school. The potential Mrs. Russo saw in Kevin inspired her to connect him with the AHCCS IT department to assist them with a few projects during his junior and senior years.

As IT being one of his stronger hobbies, this internship helped him get back on track and leave a lasting impression with our IT department. He was offered employment as soon as he graduated and accepted a position as the level 2 support for our student Help Desk where he stayed for 2.5 years. Kevin acknowledges the role Mrs. Russo had in receiving his diploma.

My favorite memory definitely has to be when she put a graduation cap and diploma on the table where I was working on my assignments at one of our previous resource centers,” Kevin says. “That’s something I won’t forget. It helped me see into the future a bit and gave me some confidence that one day I’d be walking across the stage to receive my diploma as well.

Kevin was no stranger to cyber school when he enrolled at AHCCS, having started in 5th grade at a previous online school. The option to choose an alternative means of education is close to his heart and inspired him to become a member of an activist group who was determined to keep his previous school open. When the school unfortunately closed, Kevin found that AHCCS fit his mission and needs. Having already spent years using a computer and submitting work online helped him quickly adjust to the switch. While some anxiety was still present in the beginning, Kevin felt continuing at a cyber school was the best thing for his education.

My local school district failed to acknowledge my needs as a student with a disability,” Kevin says. “The respect and motivation provided by AHCCS exceeded my expectations and all previous academic experiences I’ve had in the past. Both the emotional and academic support empowered me to graduate.

Kevin feels he took full advantage of the flexibility AHCCS offered him as a student. Since classes were recorded, it allowed him to do things during the school day that he wouldn’t be able to do otherwise. Kevin feels that attending AHCCS prepared him for both his academic and personal careers by teaching him how to be disciplined and self-motivated.

I can’t tell you how many times putting off work until the last-minute cost me dearly, but you learn quickly that you must get your work done and stick to the guidelines,” Kevin says. “It’s great prep for college and jobs, as lack of discipline won’t get you anywhere. I was eager to get into the workforce and having a flexible schedule allowed me to begin building job experience early in my life while I was still in high school.

Getting a taste of what it was like to be in the IT field prior to graduating locked in Kevin’s choice to pursue a career in the field.  He admits that he has a few backup plans should he ever retire as an IT specialist, but pursuing a cyber security degree at his local community college is presently a top priority for him.

Although I’m not certain that I’ll stick with cyber security all the way through, the big goal is to receive a bachelor’s degree related to Information Technology,” Kevin says. “It’s hard to make a forever decision when you have people always asking what you want to be when you grow up. I can tell you that 5-year-old me didn’t say “Computer Geek,” but things change as you grow and develop.

Not only does AHCCS have the privilege of calling Kevin a staff member, but we also had the honor of calling him our keynote speaker at the 2018 AHCCS graduation. The advice he offered was in line with his belief that it’s okay for students not to know what they want to do when they graduate. A big decision like this can sometimes involve money, but most importantly it involves time. Kevin reminds us and all future graduates that it’s okay to change your mind. Kevin feels his advice will forever stand the test of time.

Have a few things picked out, so if you find something isn’t what you quite thought it would be, you can try something else,” Kevin says. “Blue-collar careers are just as important in today’s society and shouldn’t be overlooked by the white-collar positions college degrees typically yield. It all boils down to what you love to do. Pursue what your heart wants today and see how it works out for you.

Congratulations, Kevin, on all your accomplishments! We are so proud of the student you were molded into while attending AHCCS, and the young professional you continue to become today. We are lucky to call you a member of our team!